In keeping with the teachings of Sree Narayana Guru, the Sree Narayana Mission (Singapore) {SNM} is a social service agency committed to providing a range of social services for the underserved regardless of race, language, or religion. SNM is a registered, secular society with charity status and is a member of the National Council of Social Services (NCSS). It attained the ‘Institution of Public Character’ (IPC) status in 1987 and has maintained its charter since. SNM is also a proud recipient of the Charity Transparency Awards awarded by the Charity Council.

With over 30 years of experience operating a nursing home, SNM branched into other forms of care services for seniors opting to age in the comfort of their own homes. In 2012, the Mission opened its first Senior Care Centre – a daycare centre for elderly residents in Yishun. In 2013 it launched the Enhanced Eldercare Programme and Dementia Day Care Centre @ Woodlands.

SNM operates a nursing home facility for residents who require assistance in daily living and/or have daily nursing care needs. SNM also operates two Senior Care Centres (SCC) for the elderly, with one, co-located within the Nursing Home in Yishun and the other SCC is located at Woodlands.

Appointed by the Ministry of Social and Family Development, SNM is also the managing agent of Meranti Home @ Pelangi Village, a psychiatric welfare home.

Additionally, SNM also provides a number of community services including programmes for single mothers, and educational financial assistance and befriender services for the underserved ommunity at large. 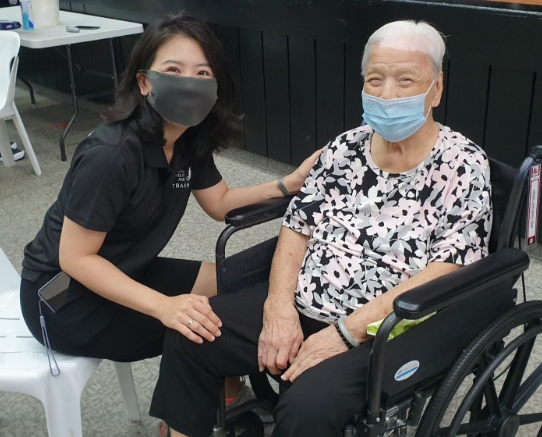 Following the footsteps of Sree Narayana Guru – a philosopher and social reformer from Kerala, South India – a group of Singaporean Malayalees established a mission to serve as a gathering place for the Guru’s followers to come together and contemplate on his teachings.

The Sree Narayana Mission Nursing Home was officially opened on 22 February 1981 by Dr Tony Tan who was the Member of Parliament for Sembawang at that time.

In June 2002, the Ministry of Community Development (now known as the Ministry of Community Development, Youth and Sports) appointed the SNM as the Managing Agent for the Meranti Home @ Pelangi Village – a home for male destitutes who require psychiatric care. With over 30 years of experience operating a nursing home, SNM branched into other forms of care services for seniors opting to age in the comfort of their own homes. In 2012, the Mission opened its first Senior Care Centre – a daycare centre for elderly residents in Yishun. In 2013 it launched the Enhanced Eldercare Programme and Dementia Day Care Centre @ Woodlands.

For its dedication in serving the needs of the community, the Mission received a full three-year renewal of its status as an IPC in February 2018. In 2019, the Mission achieved a key milestone when it was awarded the Charity Transparency Awards by the Charity Council for its good disclosure practices.

SNM continues to empower seniors and the underserved to lead dignified lives, by leveraging strong relationships with our partners and the community.

Our Mission and Vision

To provide social and community services based on Sree Narayana Guru’s teachings. 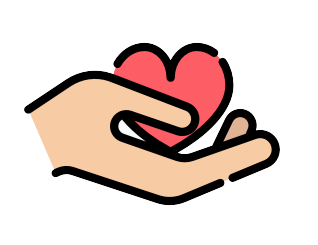 COMPASSION is the value of seeing Oneness in everything and everyone regardless of race, language, religion or status.

Believing in the principle of Eternal Universal TRUTH that is unchanging.

PEACE It’s the peace we seek within ourselves, within communities and within nature in order to live in harmony.

RIGHTEOUSNESS Acting in accord with the natural order of the universe: to hold and to support.

Immigrant followers of Sree Narayana Guru set up SNM in a small hut.

Officially registered as Singapore’s 109th Society with the Registry of Societies.

Officially opened its doors @ 48 Soon Keat Road for members to meet and serve the community.

Mr Lee Kuan Yew visited SNM, just a month after the separation of Singapore from Malaysia, where he delivered his “Never Fear Speech”.

Became a member of the Singapore Council of Social Service. Gained support from various agencies.

SNMNH @ Yishun Avenue 5 with 224 beds is officially opened by Dr Tony Tan, then MP for Sembawang.

Expanded its Community Programmes portfolio to include:

Awarded the prestigious Charity Transparency Award for the second time.

SNM acquired a second Nursing Home which will be completed in 2025.

SNM wins the Charity Transparency Award for the 3rd time.