Audience with His Holiness the Dalai Lama

Tenzin Gyatso, His Holiness, the Fourteenth Dalai lama of Tibet was born on July 6th, 1935, in a small farming village of Taktser in the province of Amdo, Northeast Tibet. It is true that he sincerely believes that there is nothing extraordinary about him but the world at large or at least a significant part of it thinks otherwise.

The Dalai Lama is no ordinary monk. Ordinary monks do not get recognised as the world’s conscience keeper, neither do they win Nobel Prizes. The Dalai Lama the most human of human beings, is a touch of divine grace that has inspired people from all walks of life across the world to fall at his feet in abject reverence, and yet he is the very epitome of humility. At the tender age of two, he was chosen as the reincarnation of his predecessor, the thirteenth Dalai Lama. He was formally installed as the head of state of Tibet on February 22, 1940.

When communist China invaded Tibet in 1949, despite the tireless efforts of the Dalai Lama to bring about a peaceful resolution, the Chinese responded violently, destroying the very essence of Tibetan culture and spiritual heritage. They continued their atrocities, creating disillusionment and resentment amongst the Tibetans who responded by staging armed uprisings in Lhasa on March 10th, 1959. His Holiness had to flee the country and on March 17th, 1959, he crossed safely into India where he was warmly received and given asylum.

In his plight to save his people and the Tibetan culture, the Dalai Lama began a peaceful struggle to preserve Tibet’s unique identity and regain the country’s independence. For his efforts, he was awarded the Nobel Peace Prize in December 1989. The Nobel committee said that “The Dalai Lama, in his struggle for the liberation of Tibet, consistently opposes the use of violence. He has instead advocated peaceful solutions based upon tolerance and mutual respect in order to preserve the historical and cultural heritage of his people.”

McLeod Ganj, in Dharamshala, the official residence of His Holiness, is named after the Lieutenant Governor of Punjab, David McLeod and Forsyth Ganj, the Divisional Commissioner. It is situated in the northern Indian state of Himachal Pradesh. The mountains dominate the scenery of McLeod Ganj which is nine kilometres by bus and four kilometres by taxi uphill from Kotwali Bazzar. While inhabitants of lower Dharamshala are almost all Indians, McLeod Ganj is primarily a Tibetan area. It is surrounded by pine, Himalayan oak, rhododendron, and deodar forests.

Up upon the mountains of Dharamshala I braced hairpin bends and winding narrow roads with breath-taking snow cap ranges to receive the blessing of His Holiness. When I arrived in Dharamshala with my uncle from the Indian Diplomatic Service and his family, I was told that my audience, which was arranged months earlier, with Tenzin Geyche the former PA of His Holiness and former prime minister of the Tibetan Government in Exile, was cancelled. They said His Holiness was under the weather. I said “No, His Holiness will see me.” I was ill and I felt like the lady from Samaria in the Bible, I knew, like her, as she said about Jesus “If I could touch his robe I would heal.”

Within five minutes, His Holiness gave word that he would see me. My uncle told me it was his diplomatic connections; but I insisted it was my strong faith. His Holiness heard my inner call and plea from my heart for help and he came to me, and I was the only one at the audience that got a ‘Medicine Buddha’ from the divine hands of His Holiness. I went with joy as it was a telepathic connection between His Holiness and myself. His Holiness is my guru and in my deepest of sorrows and darkest hours I still can connect with him from Singapore. His protective hand is always on me and with it, I surmount hurdles and challenges, and his compassion protects me from dangers. I cry whenever I connect with His Holiness – it is an awesome divine experience.

That I was blessed was no other than the will of the Almighty. My heart beat faster in excitement as I looked on the kindly face of His Holiness who gently took hold of my hand and gave me a Buddha. The experience was awesome and blissful. A strange sense of calmness and peace enveloped me as I reached out to receive the divine grace of His Holiness. I will cherish this day, 16th April 2006 till my dying day as I know I touched the hand of a living god. 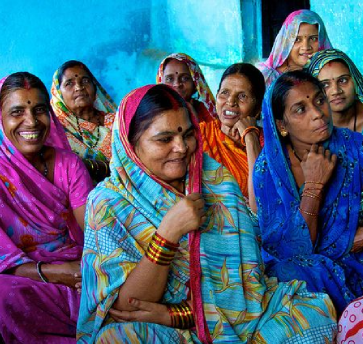 Marriage had brought the three of them to Singapore, but the Sree Narayana Mission brought Indulekha, Sneha and Indu Suresh together to forge a special friendship. Indulekha was the first to arrive in Singapore and had joined her Singapore-born husband’s family in their regular activities at the Mission. “My children enjoy attending the classes here […]Read more 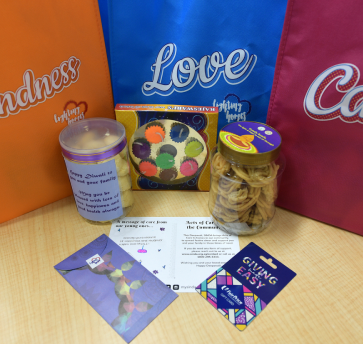 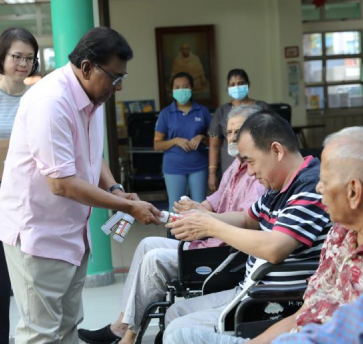 Please note that our payment system is undergoing testing.

Your patience is greatly appreciated.