A Matter of Faith

Share this article:
A very short story
(in remembrance of a friend 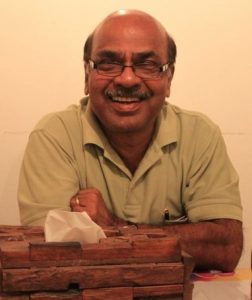 A Matter of Faith!

As soon as Jerry Lim walked through the gates of Heaven, the first person he wanted to meet was God himself. Not far from the Pearly Gates, he met an angel, who welcomed him warmly. Jerry thanked the angel but gratitude was furthest from his mind.

“I need to speak to God!” he began urgently. “I need to know why I’ve been brought here so early. Couldn’t HE have waited a few more years? I have a wife and two children. I’m certain that they need me more than I’m needed here. The Almighty has not been fair to me. Why? Why?”
The angel put a calming hand on his shoulder and said, “God works in mysterious ways. HE gives no reason as to why, when, how or who HE beckons here.”

“I understand. But why me? My wife is a homemaker. My children are still in school. They need a father. They need my love and support. And I’m certain that you’re aware of the manner in which I was brought here.”

The angel smiled and replied, “I understand your concerns Mr Lim. Come walk with me and I’ll show you some of the people in Heaven and how they have arrived here.” Jerry nodded and went along.
As they walked, the angel pointed to a smiling, young lady and said, “That is Fang Mingzhu. Doesn’t she look happy? She’s only thirty years old. She arrived here just a fortnight ago after having suffered from cancer, for the last two years. She left behind her husband and a son who’s just three.” Lim was speechless. As they continued walking, the angel pointed to a cheerful twelve year old boy and said, “That’s Osman Abdullah. He arrived here recently, after having been knocked

down by a speeding car, just outside his school. The drunken driver who was responsible for Osman’s death, walked off after a few months in jail and a lengthy ban from driving. Can you imagine the trauma and anguish Osman’s parents would have undergone? Incidentally, he is from your country, Singapore.” Lim’s eyes welled up as he murmured, “Poor Osman, like me, he’ll miss celebrating our nation’s bicentennial too.”

As they continued walking, the angel introduced him to Dr Robert Stout and Vijayan, a mechanic, who were having an animated chat. They greeted Jerry and the angel, before moving on.

“You know Mr Lim, Dr.Stout, a cardiologist from Britain, was just thirty-eight, when he came here a year ago, after a marathon race, leaving his young wife Elizabeth inconsolable.”

Jerry Lim was quizzical and muttered, “Excuse me?”

The angel smiled and said, “I’m sorry Jerry. That was my feeble attempt at humour. What I meant was, that Dr.Stout collapsed and died while participating in a marathon race. His mechanic friend, seventy-year old Vijayan, arrived here from Singapore too, just a few years ago. He was suffering from a debilitating disease for several years, before God beckoned him.

As they walked on, they heard a beautiful, melodious voice singing, “I’ll always love you.” “That’s Whitney Houston!” exclaimed Jerry.

“Exactly!” replied the angel. “She arrived here a few years ago and is still singing like a Diva.”

Jerry Lim then remarked, “I notice that people here, have come from everywhere and from all walks of life.”

“Yes Mr Lim. God, is God, for saint and sinner alike of every faith. Whether one comes here or not, is determined by one’s attitude and the kind of life one leads on Earth. I’m sure that you know what I mean.” Jerry just nodded.

Jerry then realized that he had to accept his sudden departure from Earth. He turned to the angel and said, “I’m beginning to understand, but don’t you see that I need to let my wife and children know that I’m alright. Dying was simple but what’s worse, is being separated from my loved ones.”

“You could write her a letter,” said the angel.
“A letter from Heaven? Surely you must be joking!”
“I’m not. Write to your wife to reassure her. I’m certain that she and your children will understand and accept what has happened, calmly and peacefully.”
“How will I know that?” an incredulous Lim asked.
“I can’t show you. You’ll have to take my word for it. Now why don’t you sit down and write that letter and when you’re done, I’ll collect it from you.”
Jerry found a quiet corner and began to write.

“Darling,
I’m sorry that I had to leave you and the children abruptly. I had no choice. Didn’t want to leave at all, particularly unannounced. Didn’t know that slipping and falling on my head in the bathroom, would lead me unexpectedly to Heaven. What an entrance that was! There are people here from everywhere. People of all races and religions! I realize that as long as one’s faith is strong and leads a righteous life, one will be in heaven. Grieve no more, my love. I am in a safe and happy place, though I did express my dismay on being called up so soon. Had left a lot of things undone and incomplete. And at fifty had many more years to do it right. I’ve been told not to worry. God must have a reason for bringing me here earlier. I shall always be looking out for you and our beloved children. We’ll be together again one day, though when it would be, I cannot say. Until then my dear, have no fear. HE and I shall always be near

Love always.”
When he had finished, he gave the letter to the angel asking, “Don’t I have to sign it?”

Love always.”
When he had finished, he gave the letter to the angel asking, “Don’t I have to sign it?”

“Prayer is the key to Heaven,
Faith unlocks the Door.”

Having read it, he murmured, “How true!” and continued on his way.

Early the next morning, fourteen-year old, Karen Lim, went to the kitchen, where her mother was preparing breakfast.

“Mum,” Karen said, “I had a strange dream last night. Dad appeared to me and told me not to worry. He told me that he loved us and said that he’ll always be looking out for us.”

“I know darling,” her mum replied. “He spoke to me too. Dad’s in heaven and yet he’ll always be close to us.”